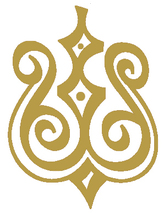 It seems like an age ago that we commissioned from the Scottish composer (and violist) Sally Beamish what is still her only Viola Sonata. The first performance was in the Haddington Town House in 2001 given by Gillian Haddow and Peter Evans. Since then the possibility of programming it again has come up occasionally, but no real opportunity has presented itself. So when Alexa Beattie contacted us to see if we would consider a viola concert, we asked if Beamish’s Haddington work could be included and were delighted to hear that Alexa and Elspeth Wyllie were not only learning the work with relish but were discussing it with the composer.  So we end our season with what may be only the second public performance of the work. Schumann’s great song cycle Frauenliebe und –leben was Beamish’s inspiration and these enterprising local musicians start their concert with the songs transcribed for viola and piano.

Songs in January too: James Gilchrist is one of the greatest tenors of our day.  His recording of Die Schöne Müllerin with Anna Tilbrook is widely acknowledged to be amongst the finest of modern recordings. The Butterworth songs with which their recital begins are the greatest settings of Housman’s poems and show what could have been if Butterworth had not himself died in 1916 from a sniper’s bullet whilst serving in France.

James and Anna’s recital is the heart of an admittedly unplanned “Schubertiad” in the middle of our season.  Jean-Selim Abdelmoula is a name to watch: a Swiss pianist and composer who was recommended to us after a tremendous success at Musique à Marsac.  In November he brings a varied programme for his recital ending with Schubert’s wonderful final sonata. While in February, the Trio Isimsiz (meaning ‘nameless’, a self deprecatory tag they will surely outgrow!) brings three wonderful piano trios including Schubert’s beautiful Notturno.  These artists come to us from the Young Classical Artist Trust, a source of many household names in the classical world. All three of these concerts are in the afternoon, following universally positive feedback for our previous matinee performances.

Back to October and we open our season with an ensemble that has contributed wonderfully over decades to the Scottish musical scene. The Edinburgh Quartet bring a typically robust programme for their welcome return to Haddington.  A quartet of a different timbre follows in November with a wonderful collection of works both arranged and composed for four clarinets. The Cameo Quartet returns after a hugely successful and generous contribution to our Food for the Soul series. Each of these concerts features works by living Scottish composers (Tom Harrold and Eddie McGuire).

The Dutch virtuoso Ronald Brautigam gives our gala recital. He is famed for his performances of the classics on the fortepiano, but in this recital he takes on our concert grand in a programme of Beethoven sonatas contrasted with Scottish themed works including our fourth Scottish composer, the late Ronald Stevenson, who only a few years ago came to Haddington to hear Alasdair Beatson play one of his piano works.

From songs arranged for viola to tangos arranged for clarinets; from Haydn to Harrold; Beethoven to Beamish; Schubert to Stevenson; and from Debussy to De Falla: this is, I hope you agree, a feast that provides both pleasure and nourishment aplenty. Enjoy!