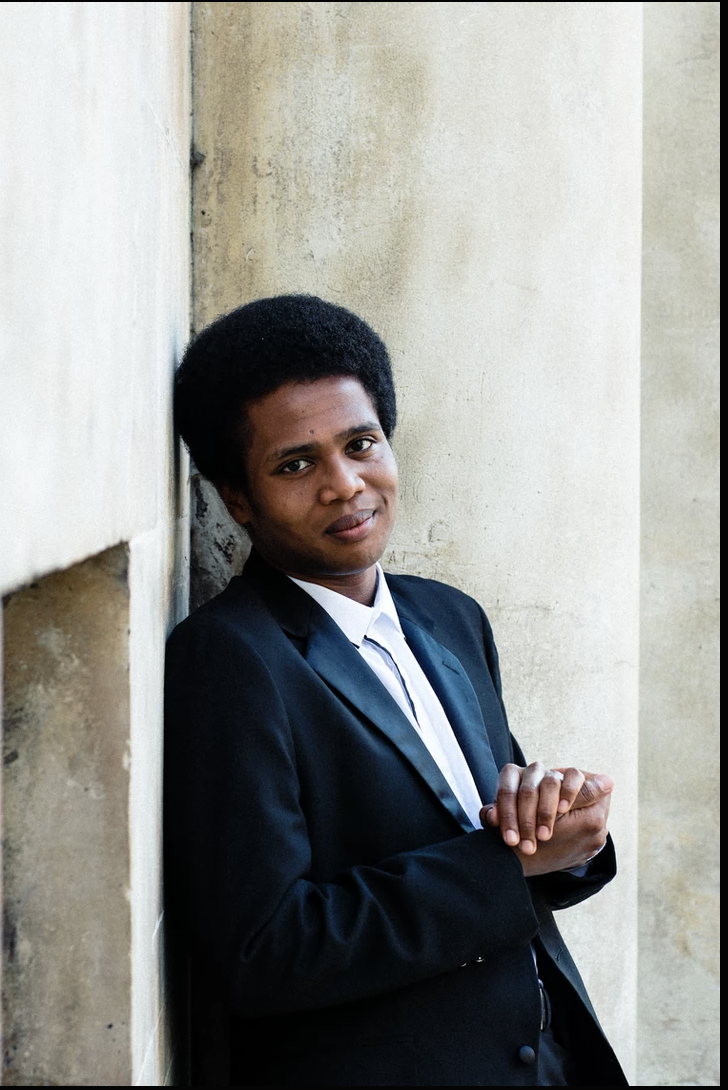 The 2020 winner of the Harriet Cohen Bach Prize, Adam opens and closes his programme with two works guaranteed to display his virtuosity to the full. Contrasting with these Baroque masterpieces, the heart of the concert contains Romantic
works by Chopin and Schumann, no less demanding and utterly beautiful.

Sunday 3 October 2021, 3pm at Holy Trinity Church, Haddington
Bach : Partita No.2 in C minor, BWV 826
Chopin : Nocturnes, Op.27
Barcarolle, Op.60
Schumann : Kinderszenen, Op.15
Bach : English Suite No.6 in D minor, BWV 811
Acclaimed for the verve and spirit of his performances (The Sunday Times), Adam Heron is swiftly earning a reputation as one of the most innovative pianists of his generation. Winner of the 2020 Harriet Cohen Bach Prize, Adam rose to prominence following his television debut in 2018 as a BBC Young Musician piano finalist. Through his unique artistry, coupled with an innate public appeal and flair for communication, he has become a leading ambassador for classical music across the UK and abroad.
BORN IN HONG KONG of Nigerian-Filipino descent then adopted by an Irish family, Adam commands a demanding schedule of international engagements, featuring solo recitals at distinguished concert halls including the International Center for Arts in Cairo and the National Center for the Performing Arts in Mumbai. Performances throughout the UK have encompassed venues such as Hampton Court Palace, Royal Albert Hall, Snape Maltings Concert Hall, Southbank Centre, St George’s Bristol, St Martin-in-the-Fields, The Holburne Museum, and Wigmore Hall. Festival appearances include The Aegean Arts  International Festival (Greece), The Cayman Arts Festival (Cayman Islands), The Cheltenham Music Festival, and The GAP Arts Festival (Ireland). He regularly engages with major media outlets including BBC Radio 3 and Colourful Radio, and has worked with leading broadcasters including Katie Derham and Sean Rafferty.
IN ADDITION TO BEING AN ESTABLISHED SOLO RECITALIST, Adam is also a devoted collaborative pianist, composer, and conductor. He has performed alongside musicians such as saxophonist Amy Dickson, double-bassist Chi-chi Nwanoku OBE, violinists Christopher Quaid and Daniel Pioro, sopranos Francesca Chiejina and Yaritza Véliz, as well as cellists Laura van der Heijden and Jamie Walton. In 2016 the celebrated Chineke! Orchestra invited Adam to become one of its first concerto soloists, and he has since worked with conductors including David Curtis, Jonathon Heyward, and Pete Harrison. Collaborative highlights of the 2021/2022 season include an extensive tour of Romania and Moldova with the Hungarian concert violinist Antal Zalai.
ADAM IS A LAUREATE of the Stefano Marizza International Piano Competition in Italy and the HRH Princess Lalla Meryem International Piano Competition in Morocco, where he additionally received the Prix Spécial from the Embassy of France in Rabat for his command of French music. As a recipient of the Hargreaves and Ball scholarship, Adam studied with Christopher Elton at the Royal Academy of Music in London before graduating in 2021 with First Class Honours and    winning the Nancy Dickinson Award. He has received masterclasses from many renowned pianists, including Anne Queffélec, Imogen Cooper, John Lill, Paul Lewis, Stephen Hough, and Yevgeny Sudbin. Generously supported by Irish Heritage, The Hattori Foundation, The Keyboard Charitable Trust, The Macfarlane Walker Trust, The Talent Unlimited Foundation, and The Tillett Trust, Adam is currently pursuing postgraduate study at the University of Cambridge under the supervision of Dr Peter McMurray.