music close up for twenty-five years 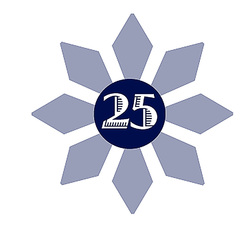 Haddington Concert Society has come a long way since it was founded twenty-five years ago. Over 180 musical events have taken place since then, and it is impossible to imagine musical life in East Lothian without its annual season of concerts.

The Society, known then as Haddington Music Club, held its first concert in October 1986, a lively selection of music for wind instruments in the Assembly Room of Haddington’s Town House, setting the tone for all future performances: music by well known and more obscure composers performed in an intimate setting by outstanding musicians, in this case The North Winds, professional performers based in Edinburgh. Each year since then, between October and March, the Society has presented a season of six concerts enjoyed by audiences and performers alike.  Among the great benefits musicians cite as incentives to perform for the Society are the marvellous acoustic of the hall, the high quality of the piano available, and the warmth and enthusiasm of the audience.

Musicians of international renown have graced the Society’s programmes – among them pianists John Lill and Nikolai Demidenko, jazz pianist Brian Kellock, saxophonist Tommy Smith, cellist Moray Welsh (the Society’s Honorary President), the Gould Piano Trio, and the Endellion, Skampa, Martinů, and Vogler Quartets. At the other end of the scale, audiences have been delighted by the performances of young musicians of outstanding talent at the start of their careers – stars in the making – often in association with the Royal Scottish Academy of Music and Drama, St Mary’s Music School, the Tunnell Trust, and Live Music Now.

Several world premieres by Scottish composers have been organised by the Society, including two commissions: Ken Johnson’s Going Nowhere Fast, a Millennium commission written for and first performed by the Edinburgh Quartet and gifted pupils from Knox Academy in February 2000; and in March 2002 Gillianne Haddow and Peter Evans gave the first performance of Sally Beamish’s Sonata for Viola and Piano. Most recently, in January this year the East Lothian Players gave the first performance of Raymond Dodd’s Sinfonietta No.2.

As well as chamber music, with which the Society is particularly associated, several large-scale concerts have taken place in St Mary’s Parish Church, Haddington. Highlights have been performances of the Elgar cello and Brahms violin concertos, Beethoven’s Fifth and Rachmaninov’s Third piano concertos, and Saint-Saëns’s Third, Tchaikovsky’s Sixth, and Shostakovich’s Fifth symphonies – all towering giants of the orchestral repertoire and overwhelming experiences for orchestra and audience alike.

None of this would have been possible without the hard work and enthusiasm of the founding members and the successive executive committees of the Society, all volunteers. The Society is a non-profit organisation which relies not only on ticket sales for income but also on donations, grants, and other financial support to help them maintain such high standards of music-making. Enterprise Music Scotland gives vital support in the form of an annual subsidy which helps the committee to pay reasonable performers’ fees yet keep admission charges low. Young people are particularly welcome to concerts and are admitted free of charge.

Haddington Concert Society has earned increasingly high praise and a reputation for ambitious programming. As the Scotsman noted, “There is a network of flourishing music societies throughout Scotland and the Haddington Concert Society is one of the most enterprising and ambitious”. Or, as an Internet article put it, rather succinctly, “It punches well above its weight and has big ideas.”

And none so big as its purchase in 2005 of a superb Bösendorfer concert-grand piano, which proved to be a turning point in the Society’s fortunes. With the help of a Scottish Arts Council Lottery Grant and donations from supporters in the community including the East Lothian Council, the Society bought a magnificent nine-foot piano that had previously been on loan to one of the world’s most famous concert halls, the Musikverein in Vienna. The piano is kept in the Town House and is available for use at a nominal fee not only by the Concert Society but also by East Lothian’s many music groups and musicians. Since then the Bösendorfer has played a pivotal role in the Society’s music making, at the heart of many of the season’s concerts. Additionally, each year a soloist of international renown has come to Haddington to perform at an exciting Gala Piano Recital followed by a champagne reception complete with delicious little chocolate pianos!

The annual gala recital is only one of the Society’s recent innovations. Another is the inclusion of the piano in Doors Open Day each September, when members of the public are invited to the Town House to play the instrument, a very special opportunity for amateurs and professionals alike. It is particularly exciting that young pianists have the opportunity to play – and be inspired by – a piano of this size and quality.

Young musicians are the focus of another of the Society’s new ventures: Food for the Soul, a series of informal mid-morning concerts on Farmers Market Days in the summer, which provides a delightful musical interlude for shoppers as well as an ideal platform for gifted musicians at the very start of their careers.

Twenty-five years on, and considerably expanded, the aim of Haddington Concert Society today remains true to the vision of its founders: to nurture cultural life in the community by promoting serious music, encouraging local performers, young and old, and giving new music a hearing alongside master works. Concerts still take place in the elegant setting of the Assembly Room of Haddington’s Georgian Town House. The Society prides itself on the intimacy and exhilarating sense of closeness to the performers that the Town House gives, creating the ideal setting to experience “music close up”, a description which has been adopted for the Society’s annual season.