Haydn: Op.76 No.3
Mozart: K.387
Mendelssohn: Op.44 no.2
Described as “engaging and responsive to the emotional worlds of each piece in turn”, the Fitzroy Quartet was formed in 2015 by students o the Royal Academy of Music, receiving tuition from the Endellion Quartet’s Garfield Jackson. Following their studies, the Quartet were immediately appointed as Chamber Music Fellows at the Academy whilst simultaneously being named as Associate Ensemble at the Royal Birmingham Conservatoire, a position they held for three years. Whilst in residence at the Conservatoire they were mentored by Oliver Wille of the Kuss Quartet, giving many performances and holding multiple workshops for the students. During this time, they also were selected artists for the Belcea Quartet Charitable trust, through which they received tuition from members of the quartet.

In the years since their formation they have won multiple prizes and awards. Most recently, they are Tunnel Trust Award Winners for the 2019/20 season as well as being chosen for the Cremona Quartet’s Le Dimore del Quartetto scheme. In addition to this, the quartet won the ‘Beethoven Prize’ at the Beethoven International Chamber Music competition in Lusławice, Poland for their outstanding performance of Beethoven’s Quartet Op.74 ‘Harp’. Other prizes include, 1st Prize in the Cavatina Intercollegiate Competition, 1st Prize in the Wolfe Wolfinsohn Competition, as well as the Sir John Barbirolli Memorial Prize and the St Peters Eaton Square award.

The Quartet regularly performs across the UK, Europe and the world at prestigious venues and festivals, including multiple performances at the Wigmore Hall. They were also recently invited to be the visiting International String Quartet at the University of the Free State’s Odeion School of Music in Bloemfontein, South Africa where they performed daily recitals. During this trip they also gave ensemble and individual masterclasses and performed alongside their resident string quartet. Other collaborations include Octet performances with the Brodsky, Doric, and Piatti Quartets.

The Quartet is also committed to the education of young chamber musicians, having given lessons and masterclasses at many of the UK’s most prestigious Schools and Universities. Alongside their love of the great masterpieces, the quartet is committed to performing the works of somewhat neglected composers across the ages. Recent examples include works by Luigi Boccherini (whose music they have performed for his direct descendant), Darius Milhaud, Karol Szymanowski, and Benedict Mason – whose String Quartet No.1 they gave the first performance of for 15 years.
The Quartet have been grateful for the support of Help Musicians UK and the De Lancey Foundation.

This concert is subsidised by the Tunnell Trust, a charitable organisation that creates performing and learning opportunities for talented young musicians. 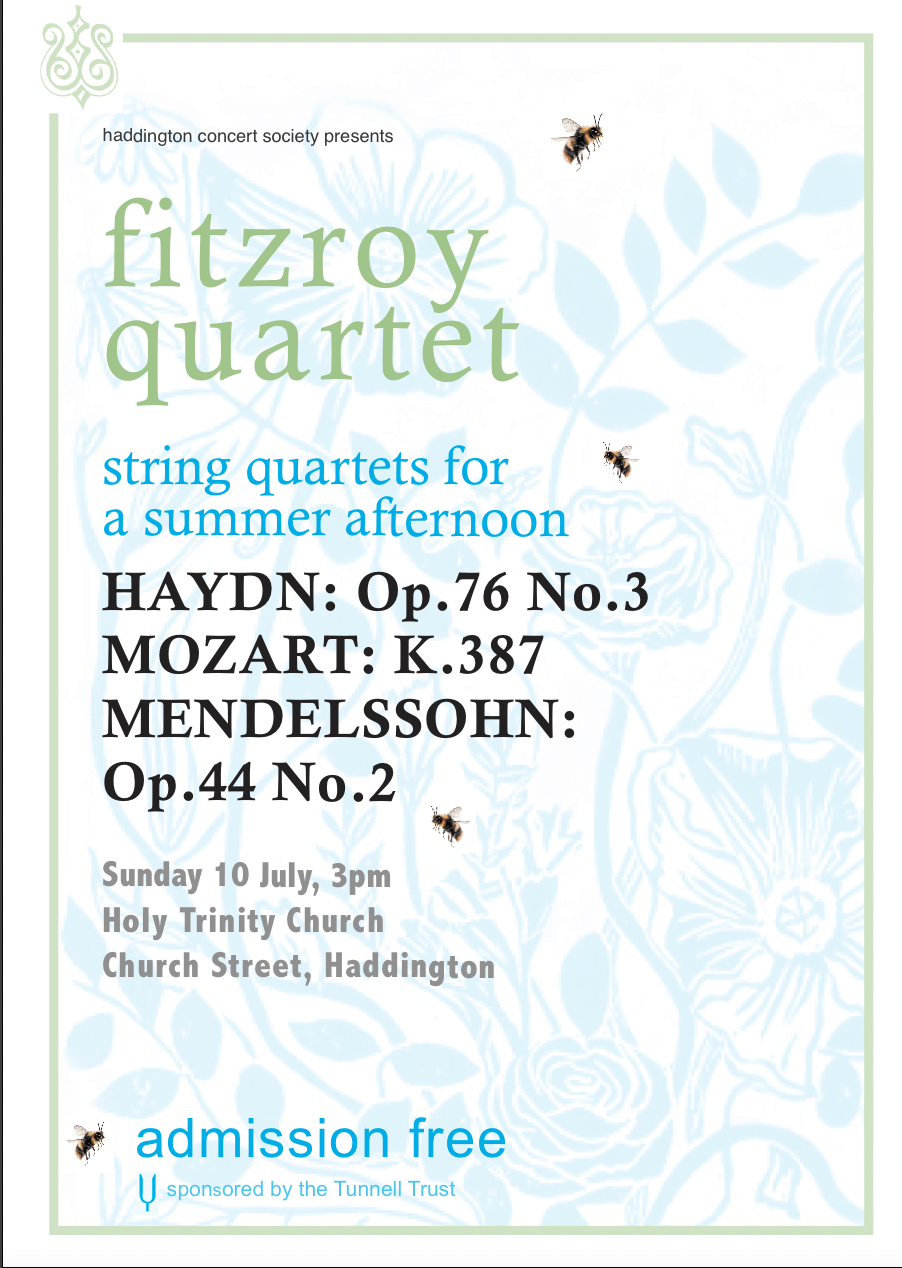