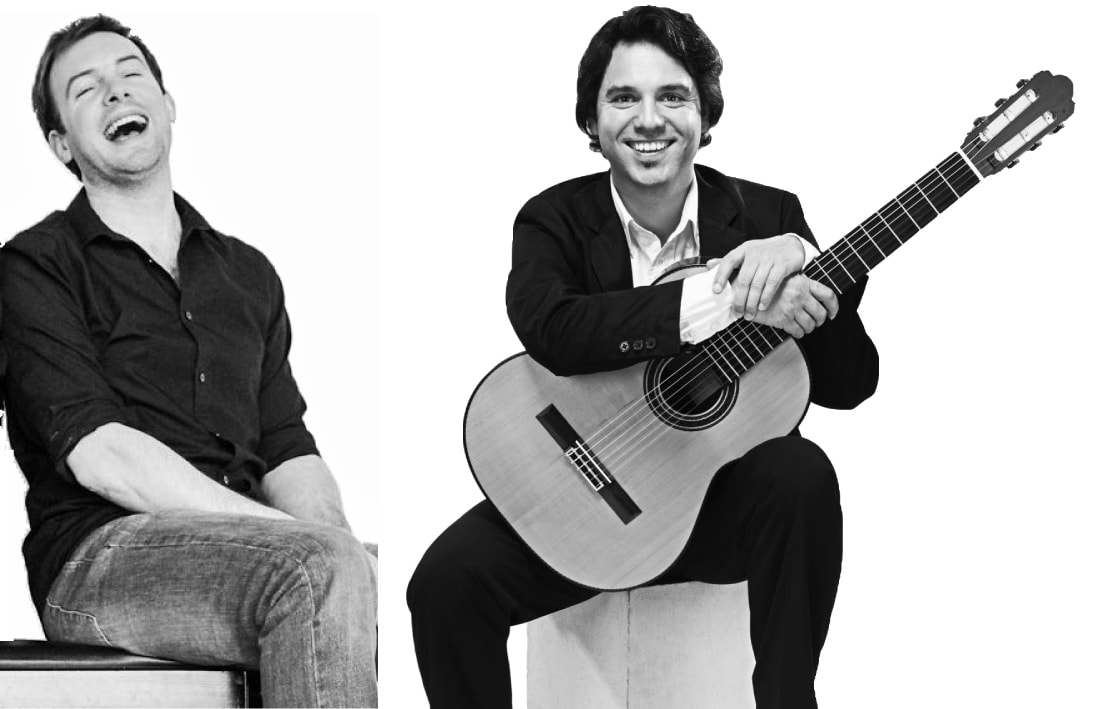 mano a mano :
From Bach to Brazil via Venezuela and Greece, the diverse world of guitar, marimba, and percussion
performed with panache by two young musicians of formidable talent, both well known on the concert stage.
Sunday 8 October 2017, 3pm at the Town House, Haddington
Oliver Cox and Morgan Szymanski met in 1999 at the Royal College of Music in London where they were both studying. Both have since gone on to pursue busy and varied careers as solo and chamber musicians.

Oliver, as one half of O Duo, has performed all over the world, including concertos with the BBC Symphony Orchestra in the Barbican for their 80th-Birthday celebration concert, and appearances in the Albert Hall and Hyde Park as part of the Last Night of the Proms. He is also passionate about music education, and is the co-artistic director of Children's Classic Concerts in Scotland.

Morgan is also highly in demand as a concerto soloist, having performed with many orchestras worldwide, including the Royal Philharmonic Orchestra, RTE Symphony Orchestra, and Academy of St Martin-in-the-Fields. In addition to this, Morgan’s devotion to chamber music has led to collaborations with artists such as John Williams, Celso Machado and Carlos Bonell (guitar), Mark Padmore (tenor), Alison Balsom (trumpet), Priya Mitchell (violin), Marcelo Nisinman (bandoneon), Adam Walker (flute), the Sacconi, Doric and Carducci Quartets, and Clara Mouriz (mezzo-soprano) amongst others.

Morgan and Oliver play together as part of Machaca, a group Morgan set up to tour Mexico several years ago, as well as performing duo and trio concerts as often as is possible. They can be heard playing together on the Sarabande recordings Mano a Mano, and Los Ambulantes.