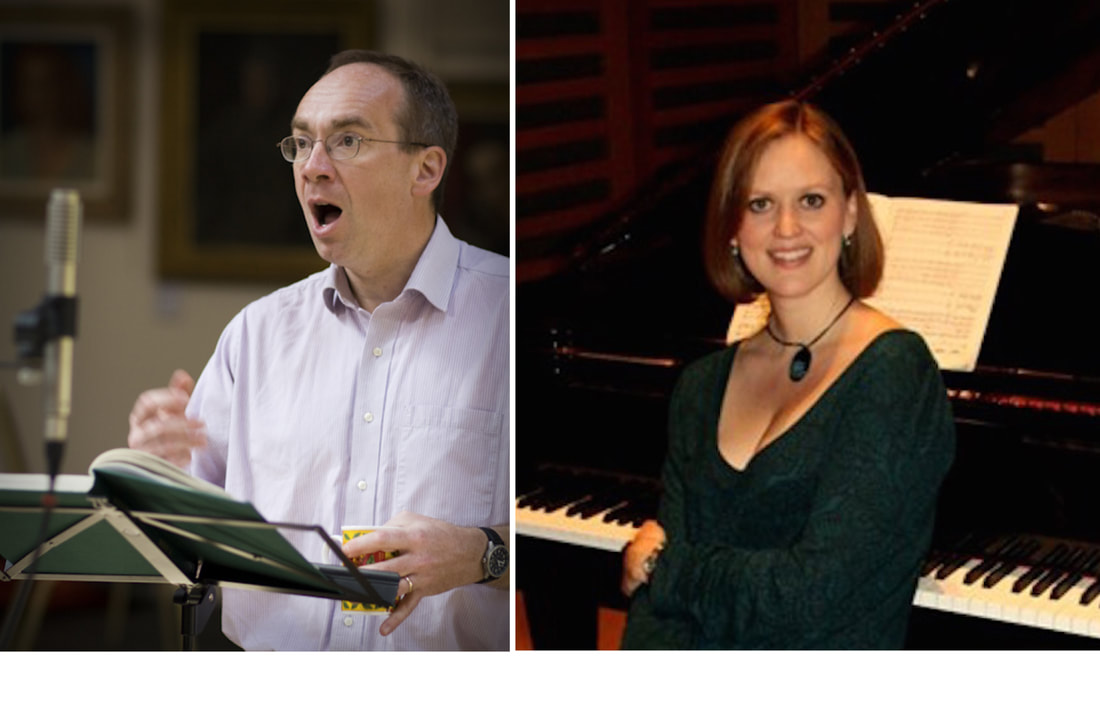 Following their unforgettable recital two years ago, one of Britain’s pre-eminent tenors and his sensitive accompanist return to perform two of Schumann's greatest song cycles, both suffused with the composer’s love for Clara Wieck, framing an early work by Vaughan Williams, a quintessentially British but equally Romantic example of the genre.
Sunday 19 November 2017, 3pm at the Town House, Haddington
In 2017 Anna Tilbrook and James Gilchrist will celebrate 20 years of their duo partnership.
They have made a series of acclaimed recordings of English song for Linn and Chandos records featuring the composers Vaughan Williams, Gurney, Finzi, Lennox Berkeley and Benjamin Britten. They have recorded Schubert's Die Schone Mullerin, (Editor’s Choice in Gramophone) Schwanengesang with Beethoven’s 'An die Ferne Geliebte', and Winterreise (BBC Music Magazine 2011 Christmas disc of the month). Recently released are the Schumann Song cycles.

James Gilchrist tenor
James Gilchrist began his working life as a doctor before turning to a full-time career in music in 1996, having sung as a chorister at New College Oxford and King’s College Cambridge. His extensive concert repertoire has seen him perform throughout the world. He is famed for his interpretations of Bach, recently performing Christmas Oratorio with the Academy of Ancient Music, the BBC Scottish Symphony Orchestra and further afield with Tafelmusik Baroque Orchestra in Toronto, and across Europe with Windsbacher Knabenchor. In the Passions of St John and St Matthew, James is recognised as the finest Evangelist of his generation. Recent highlights include a new staged production of Haydn’s Creation for Garsington Opera / Ballet Rambert, as well as appearing as the Evangelist in St Matthew Passion across Europe with the Monteverdi Choir.
This season, James tours to Tokyo with Bach Collegium Japan for Beethoven’s Missa solemnis, and appears with Scottish Chamber Orchestra in Handel’s Israel in Egypt and Mozart’s Coronation Mass. He sings the Evangelist in St Matthew Passion with Dallas Symphony Orchestra, and in St John Passion at the Leipzig Gewandhaus. He returns to Haydn’s Creation for performances with Aarhus Symphony Orchestra, Denmark, and BBC Scottish Symphony Orchestra. He will also appear as Reverend Horace Adams in Britten’s Peter Grimes for Bergen National Opera and the Edinburgh International Festival, and sings at the Lammermuir, Roman River, Hatfield House and Oxford Lieder festivals. James also curates a concert series of Bach and Purcell for the Academy of Ancient Music.
www.jamesgilchrist.co.uk