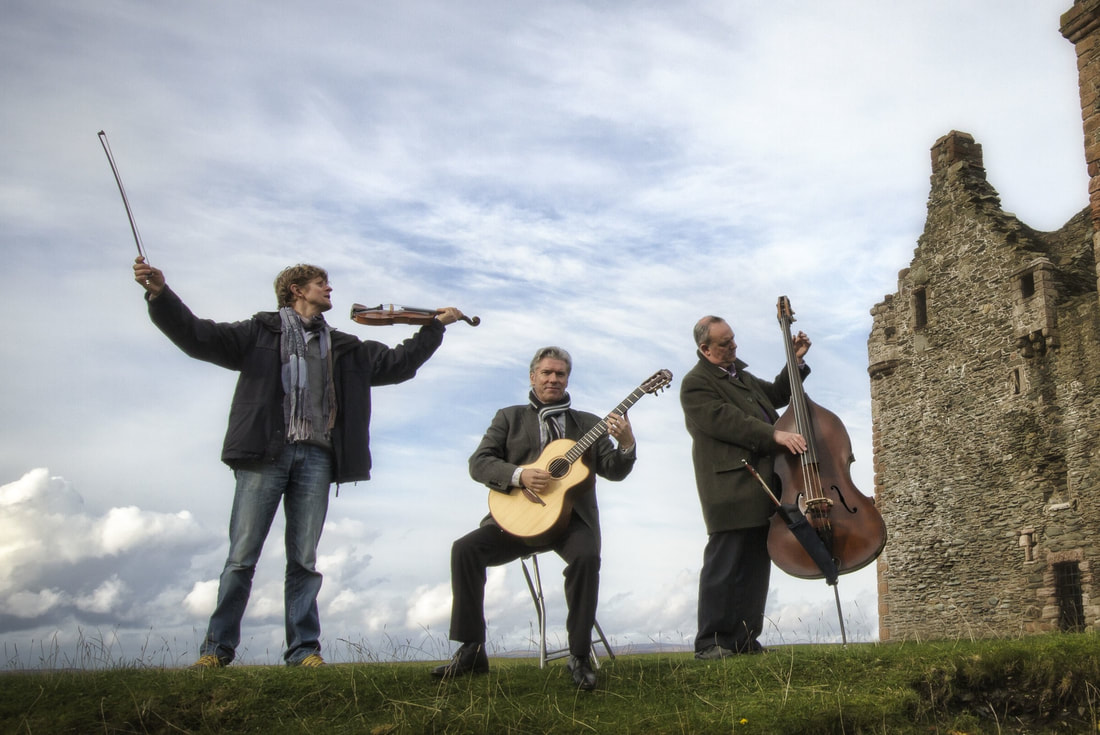 reflecting the seasons
Tim Kliphuis has created a unique style that is making waves in concert halls across the globe. HIs trio with Nigel Clark (Guitar) and Roy Percy (bass) celebrates 10 years of performing a ground-breaking and profoundly musical blend of gypsy jazz, classical, and folk music.
Sunday 18 March 2018, 3pm at the Town House, Haddington
As part of their 10th-anniversary UK tour, the Trio will perform a festive programme of their greatest successes: music by Ellington, Fauré, Paganini, Richard Strauss, Grappelli, and Kliphuis himself, plius a selection from the newly released Vivaldi album "Reflecting the Seasons'. A dazzling array of colours that will take the listener by surprise.
Recent Trio highlights include the Amsterdam Concertgebouw, collaborations with the Netherlands Chamber Orchestra, the German Richard Strauss Festival and Glasgow’s Celtic Connections Festival. In 2013, they received the Scottish Jazz International award.

The award-winning Dutch violinist Tim Kliphuis breathes new life into existing styles with a high-energy blend of classical, gypsy jazz and folk music. His improvised sound is totally new and has popular appeal. Classically trained and widely regarded as Stéphane Grappelli’s heir, regularly on tour with the fiery European gypsy guitarists, Kliphuis is a highly personal and inspiring performer, composer and educator. Hailed as a contemporary improvising “Paganini”, he has shared the stage with Richard Galliano, Frankie Gavin, Les Paul, and many gypsy jazz groups including The Rosenberg Trio. He has a busy international schedule including work with The Netherlands and Tallin Chamber Orchestras and The Hague Philharmonic, is an in-demand educator at competitions, masterclasses and conservatoires and is the author of best-selling book “Gypsy Jazz Violin”.

Nigel Clark is an awe-inspiring guitar virtuoso with a unique sound, and has worked with the biggest names in jazz, folk and rock including Gloria Gaynor, Moya Brennan, Jan Akkerman, Philip Catherine, Carla Bley, Steve Swallow and Scottish hit band Hue and Cry. He toured the Far East with legendary jazz singer Carol Kidd and has played the music of Django Reinhardt all his life.